Syracuse and the New Deal

*THESE DOCUMENTS WERE TAKEN FROM MAYOR MARVIN'S REFLECTION CAMPAIGN PACKET. I found them in the Central New York History Archive's at the public library on Salina Street. 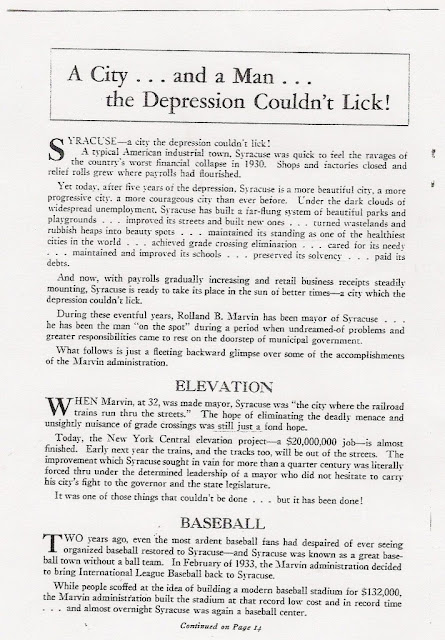 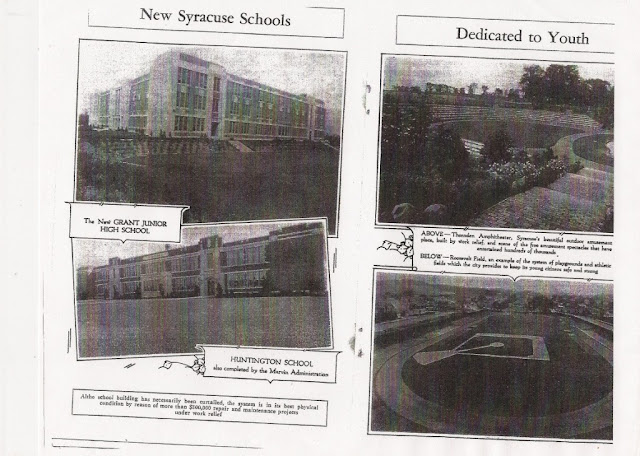 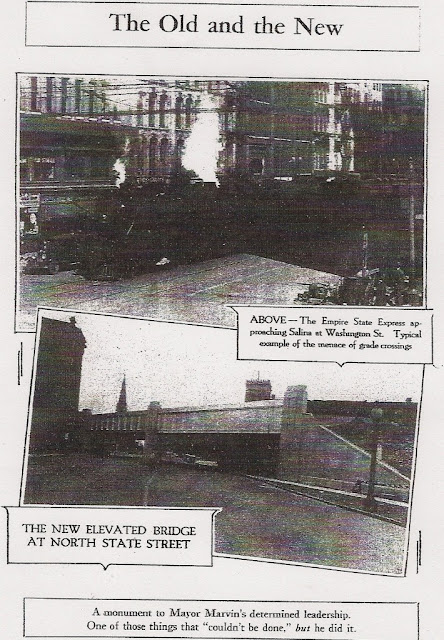 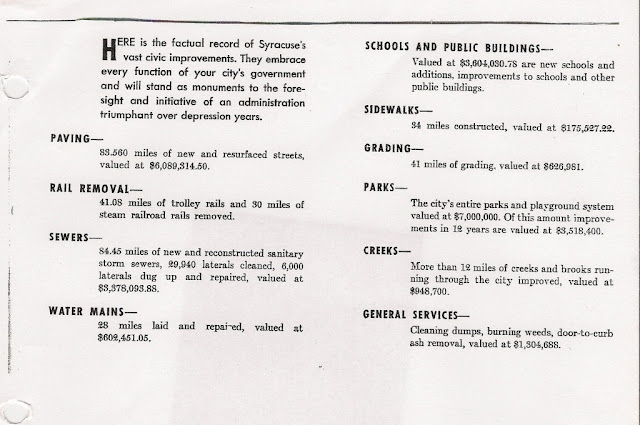 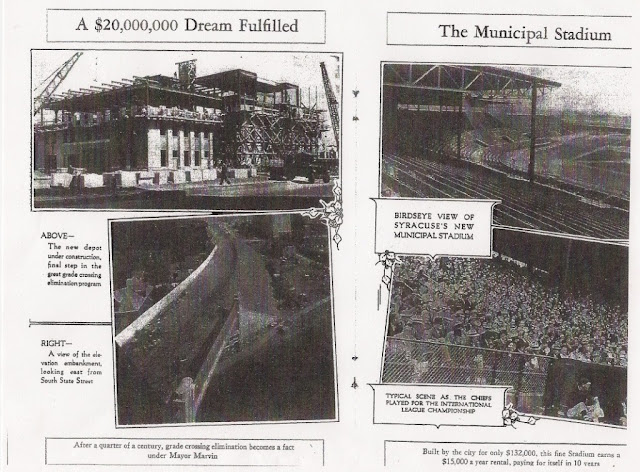 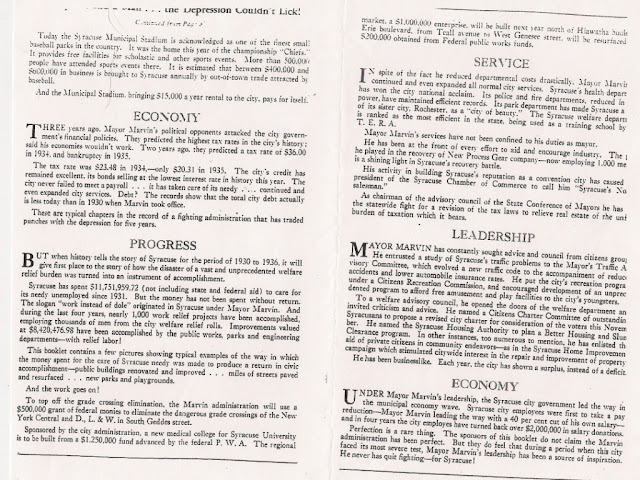