Title: The Stock Market Crash and the Great Depression 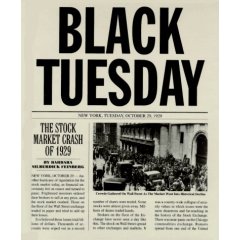 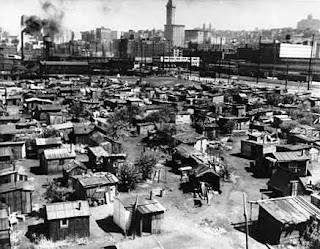 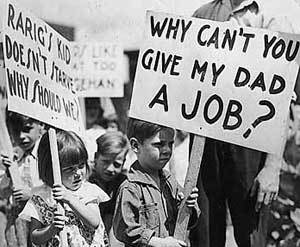 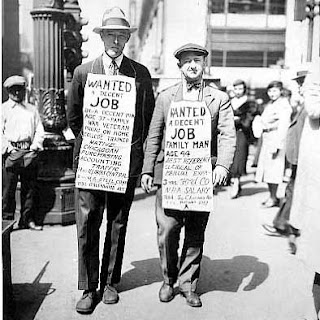 
CAUSES OF THE GREAT DEPRESSION
3. Explain to students: President Hoover’s conservative response to the Great Depression drew criticism from many Americans. Hoover attempted to rescue the nation from debt and reassure the American people that the economy could be okay. Hoover thought Americans should remain optimistic and go about their business as usual. Hoover believed that the government should step in and find a solution to the troubled economy but it was only the government’s job to encourage and facilitate, not control. Moreover, Hoover opposed any form of welfare, or direct relief to the needy. He believed in the idea of “rugged individualism,” success through one’s own efforts. He believed government handouts would weaken people’s self respect. Hoover thought individuals, charities, and local organizations should pitch in and help the needy. Hoover’s response to the Great Depression shocked and frustrated many Americans.
4. Copy graphic organizer on the board for students to copy into their notebooks. Go over each main point in detail.
HOOVER'S RESPONSE: 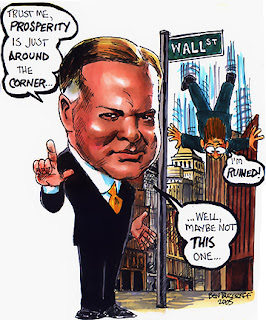 5. Read aloud of family history accompanied with visual. Key discussion points: Even though this family suffered financially because of the Great Depression many were faced with greater struggles. People could not get back on track financially and ended up homeless. My personal family history can be found here: Family History but I encourage you to use your own or find other narratives. 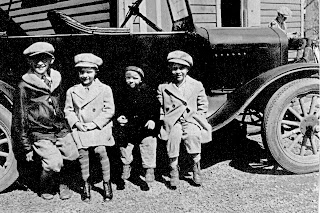 6. Ask for a student volunteer (with empty pockets) to come up to the front of the room. Ask the student to empty their pockets and explain to students that the nickname for empty pockets at the time was “Hoover flags.” Other nicknames: Hoover blanket- newspaper used as a blanket, Hoover leather- cardboard used to line a shoe where the sole was worn through, and Hoovervilles- shacks build by the homeless during the Great Depression from scrap materials. Pass around images of Hoovervilles for a visual. Fact: Hooverville villages often elected a “Mayor of Hooverville.”

Checkpoint: What were Hoovervilles?
7. “We’d like to Thank you Herbert Hoover”
Pass out lyrics and go through the song section by section discussing how people were feeling. Have students collaborate with each other to figure out what the different lines of the songs mean. Students can apply their new knowledge of the Great Depression for discussion. Questions for discussion: 1) What is the topic of the song? 2) What is the tone and mood of the song?
“We’d like to Thank you Herbert Hoover”
From the musical Annie
All:
Today we're living in a shanty
Today we're scrounding for a meal

Sophie:
Today I'm stealing coal for fires
Who knew I could steal?

Men:
I used to winter in the tropics

Women:
I spent my summers at the shore

Fred:
I used to throw away the papers

Prosperity was 'round the corner
The cozy cottage built for two
In this blue heaven
That you
Gave us
Yes! We're turning blue!
They offered us Al Smith and Hoover
We paid attention and we chose
Not only did we pay attention
We paid through the nose.

In ev'ry pot he said 'a chicken'
But Herbert Hoover he forgot
Not only don't we have the chicken
We ain't got the pot!

Women:
You left behind a grateful nation

All:
So, Herb, our hats are off to you
We're up to here with admiration

Sophie:
Come down and have a little stew

All:
Come down and share some Christmas dinner
Be sure to bring the missus too
We got no turkey for our stuffing
Why don't we stuff you!

We'd like to thank you, Herbert Hoover
For really showing us the way
You dirty rat, you
Bureaucrat, you
Made us what we are today

Come and get it, Herb!
8. Closure: Create Questions based on today's objectives: